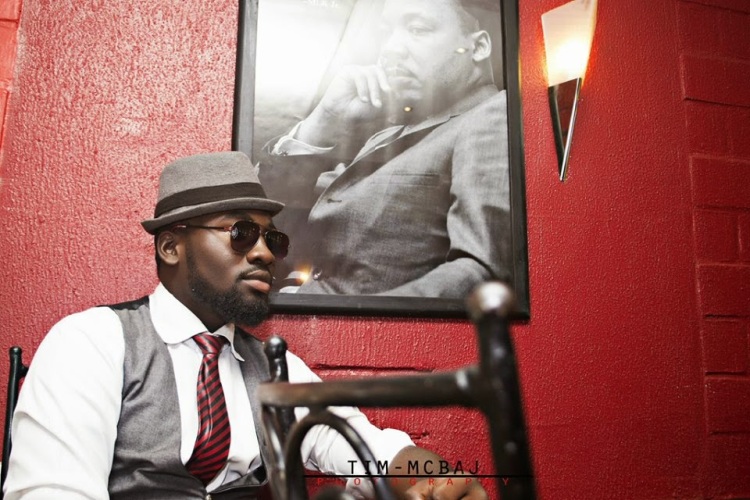 The Iconoclast Crew brings to you an exclusive Interview with multiple award winning serial entrepreneur, Sannikayz who went from a N1,000 capital to hanging out with Dangote. Get inspired.

PROFILE:
Sanni Sheriff is a young serial entrepreneur who has invested into the hospitality and lifestyle industry. He is a graduate of the University of Lagos where he studied Systems Engineering. He also did a Pre-Mba at the Business School Netherlands. His entrepreneurship journey started in 2007 when his dad got him a small camera which he used in filming an Event and was paid N1,000 which was a little encouraging then but he furthered by learning more about media, then he opened Sannikayz Tv, an online Tv network in 2010 which has its core services in Events coverage and in 2011 the company was registered. Due to the demand of more events services like catering, as a serial entrepreneur he went ahead to establish Sannikayz Kitchen in 2014 which provides Mobile, Restaurant and Events food services. He is a recipient of so many awards including the Under 30 Achievers awards 2013 “Creative Man of the year”  and the University of Lagos Engineering society Awards ” Best Entrepreneur” in 2014. He was nominated as the Sheraton Entrepreneur of the year at the African youth choice awards (Fmr Ping Awards) 2014, Nigerian Achievers Awards 2015 (Most enterprising youth). Punch newspaper endorsed him as a young C.E.O in 2015 which opened doors to great opportunities. In 2015 he contested in the Global Students Entrepreneurs Awards organized by one of the world’s biggest Entrepreneurship Organizations where he was 2nd Runner up at the National Finals in Nigeria which also led the University of Lagos to award him as most enterprising student at the Unilag Awards 2015. His company has ventured into youth development and empowerment projects like:
Intra campus open Mic debate 2012
Evening with great achievers +emerging entrepreneurs 2014
Entrepreneurs Hang out 2015
Pizza and Ice cream Night for young entrepreneurs 2015.
As a mentee to Alhaji Aliko Dangote, he plans to incorporate big investors into his company which which will fuel the economy of Nigeria by creating job opportunities for young Nigerians

THE ICONOCLAST
From your profile, we can tell you are a massive Inspiration to youths of this generation. Let’s start with how you got started.

Being in school and running several businesses, how did you do it?

Sanni Sheriff:
It wasn’t so easy, I sacrificed my social life and a whole lot to juggle between school and business.  I was really focused and determined because I was already seen as a role model to so many youths,  in and out of the University of Lagos due to sponsorships of events and projects. I was well known .  So I could not fail.

THE ICONOCLAST
Capital can be very hard to get nowadays, how were you able to raise funds?

Sanni Sheriff:
I struggled to raise money because my dad was majorly interested in my academics. He  never wanted any distractions.  So I sold most items I had to raise some and later when i started to do well in business, I got a friend to invest also.

THE ICONOCLAST
Interesting. You studied an Engineering course and here you are, doing business in the Hospitality sector. How did you make the switch?

Sanni Sheriff:
One thing is Engineering is multidisciplinary. In the food industry,  Engineers are also needed. I realised this when I got to my forth year in Unilag. I realised that my course was widening my horizon and creating more ideas for me so studying started to become interesting for me. I could develop the first robotic restaurant in Africa.

THE ICONOCLAST
First robotic restaurant? That’s super exciting. Hope THE ICONOCLAST will be there to take the first bite when it opens! Now, how are you able to handle all the demands of the job?

Sanni Sheriff:
Food business is highly demanding.  So I’m always available.  Most times, I am the HR, Marketer, Chef, Food advisory, Even delivery at times to make sure I connect to my customers.

THE ICONOCLAST
What has been your defining moment since the start of Sannykayz?

Sanni Sheriff:
Quality and consistency.
I started in 2013 as an Events caterer and I realised how much growth  potential the food industry has so I decided to patner with a friend and big brother to operate Sannikayz Kitchen brand in Unilag,  we started there and took over the University of Lagos. Then after a year and half, I moved the brand to Oniru Victoria Island as a full Mobile Restaurant and Events Catering Outfit.  We now serve more of the corporate class.

THE ICONOCLAST
As a visionary, where do you see Sannikayz in the next 5 years?

Sanni Sheriff:
In 5 years we intend to have the biggest food brand in Nigeria serving all classes of life. Also donating 50% of revenue generated to Charity.  We are going to start the #FeedtheNation project by God’s mercy.

THE ICONOCLAST
That is amazing!
Finally, what’s your advice to aspiring Entrepreneurs?

Sanni Sheriff:
Be focused,  determined and be a goal getter amidst economic or what ever challenges. Stay strong because we are talking over.

7 thoughts on “From a N1,000 capital to hanging out with Dangote: meet multiple award winning serial entrepreneur: Sannikayz”