Simplicity, they say, is the ultimate sophistication and no organization on earth has proven this more than Apple as far as product design is concerned. Design, basically, is a series of decisions: Should it be this color or that? What is the first thing you see when you log in? What happens when the user clicks here? Sometimes, these questions are hard to answer, and the easy way out is to make it a preference for the user to decide instead. But the best designers tend to view such options as admissions to failure. Where apple differs from its competition isn’t in mere aesthetics, but in her ability and willingness to make decisions that enriches the lives of end users.

Steve Jobs had always been passionate about designs, passionate to the point that he insisted his computers look perfect inside and out. His interest in design began with his love for his childhood home. It was in one of the many working class subdivisions between San Francisco and San Jose that were developed by builders who churned out inexpensive modernist tract houses in the 1950s for the post-war suburban migration. One of the designers Jobs worked with was Joseph Eichler whose home designs were smart, cheap and good. They brought clean design and simple taste to low income people. His appreciation for Eichler-style homes, Jobs said, instilled his passion for making sharply designed products for the mass market. “I love it when you can bring really great designs and simple capability to something that doesn’t cost much,” was his statement where designs were concerned. 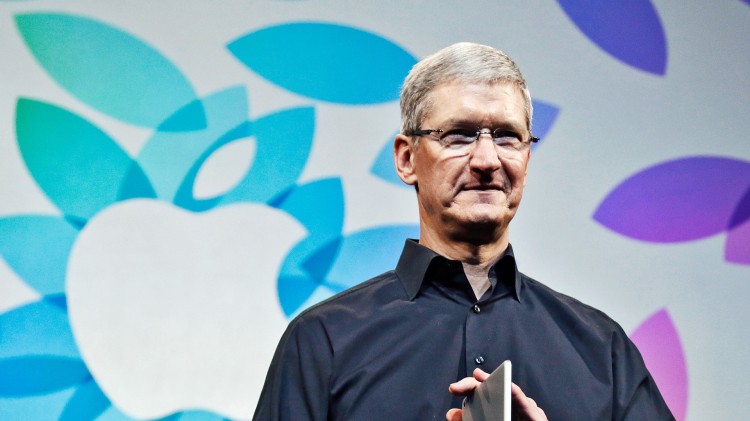 Apple has a department named Apple Industrial Design Group (IDG). This group is responsible for crafting the appearance of all Apple products. The group was formally established when, in April 1977, Steve Jobs hired Jerry Manock to design the enduring Apple ll case. Jobs was notoriously obsessed with design and style, rumored to linger over appliances at Macy’s for inspiration together with Manock. The importance that Jobs placed on appearance of his product led to a desire to begin the search for world class designers to give a uniform design language. In fact, it was Manock’s suggestion that it be made a contest and proceeded to solicit designers from the pages of magazines.

Distinctive designs –clean, friendly and fun– would become the hallmark of Apple products under Jobs. In an era not known for great industrial designers, Jobs’ partnerships with Hartmut Esslinger in the 1980s and then with John Ive starting in1997 created an engineering and design aesthetics that set Apple apart from other technological companies and ultimately helped make it the most valuable company in the world. Its guiding tenet was simplicity, not merely the shallow simplicity that comes from an uncluttered look and feel and surface of a product, but the deep simplicity that comes from knowing the essence of every product, the complexities of its engineering and the function of every component. “It takes a lot of hard work,” Jobs said, “to make something simple, to truly understand the underlying challenges and come up with elegant solutions”.

Job felt that a core component of design simplicity was making products intuitively easy to use. Those do not always go hand in hand. Sometimes a design can be so sleek and simple that a user finds it intimidating or unfriendly to navigate. “The main thing in our design is that we have to make things intuitively obvious”, Jobs told the crowd of the design mavens. As an example, he extolled the desktop metaphor he was creating for the graphical screen of his new computer, the Macintosh. “People know how to deal with a desktop intuitively. If you walk into an office, there are papers on the desk. The one on the top is the most important. People know how to switch priority. Part of the reason we model our computers on metaphors like the desktop is that we can leverage this experience people already have”.

“We believe that we are on the face of the earth to make great products and that’s not changing. We are constantly focusing on innovating. We believe in the simple not the complex. We believe that we need to own and control the primary technologies behind the products that we make, and participate only in markets where we can make a significant contribution. We believe in saying no to thousands of projects, so that we can really focus on the few that are truly important and meaningful to us. We believe in deep collaboration and cross-pollination of our groups, which allow us to innovate in a way that others cannot. And frankly, we don’t settle for anything less than excellence in every group in the company, and we have the self- honesty to admit when we’re wrong and the courage to change. And I think regardless of who is in what job, those values are so embedded in this company that Apple will do extremely well. ”-CEO, Tim Cook.

Some of the factors highlighted in their vision statement are as follows:

1) Innovation: It has been one of the branding strategies that has enabled Apple to thrive above their competitors.

2) Simplicity: It has made it easy to communicate, use apps and access the Internet. Apple deals with simplicity and not complexity.

3) User-friendly and Easy-to-use products: It has helped improve daily activities.

4) Careful selection of markets: It helps to guide decision making in product development and strategic formulation

With all these, there is no doubt that Apple will continue to remain outstanding for many more years.