In Africa, tech-related careers are not only dominated by men, they have always been seen as exclusively reserved for men. Most women and girls shy away from it. Today, women are steadily setting the pace for great things every day. Thanks to a new league of female super heroes, ladies now see themselves not just as users of technology, but as inventors, designers, builders, and entrepreneurs in the technology world. They seek to create smart solutions to perennial problems just like their male counterparts.

A lot of these women have inspired us with the value of the incredible work they’ve put into their different careers. And now, we bring you the Top 12 Nigerian women in technology.

Dr Omobola Johnson is a Nigerian technocrat and the pioneer Minister of Communication Technology, a position she ascended following her appointment as part of the transformation Agenda of the Goodluck Jonathan government. With a massive experience and an intimidating resume, it was no surprise when She launched the famous NigComSat-IR Satellite which helped to complement the country’s efforts at fibre connectivity and the provision of greater bandwidth. Omobola Johnson used her very influential position as Minister of Information, Communications and Technology to create programs and policies that ensured that Nigerian girls became active participants in the ICT sector by launching the ‘SmartWomen Initiative’ and the ‘1000 Girls in Training’ program. She’s also the founding chairperson of Women in Management and Business (WIMBIZ), a non-governmental organization seeking to improve the success rate of female entrepreneurs as well as increase the proportion of women in senior positions in corporate organizations. 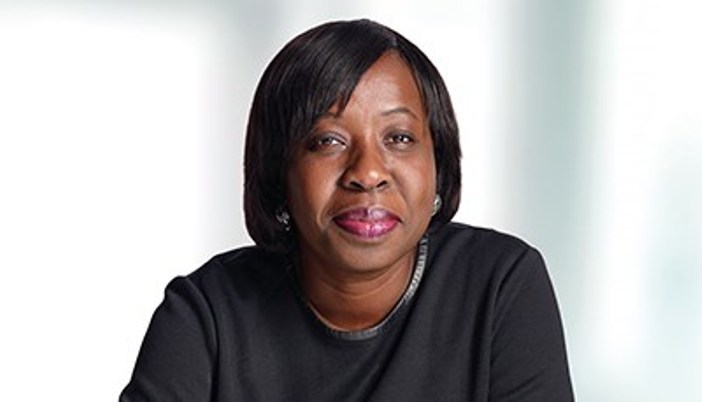 Funke Opeke is an experienced telecommunications executive who founded Main Street Technologies and is the C.E.O. of MainOne. MainOne is a world class provider of internet solutions based in Nigeria and is set to break barriers whilst setting new benchmarks for internet in Nigeria. Funke was the Chief Technical Officer in MTN Nigeria and also served as adviser to Transcorp and Chief Operating Officer of NITEL for a brief period before launching Main Street Technologies in 2007. She obtained a degree in Electronics & Electrical Engineering from Obafemi Awolowo University, Ile Ife in 1981 before she proceeded to New York for a Master’s degree at Columbia University. Her career in the United States as Executive Director at Verizon Communications Wholesale Division gave her a landing ground back in Nigeria. Since her inception as the M.D, the company has raised over $240 Million to build the pioneer private submarine cable system in West Africa. The 7,000km cable runs from Portugal down to Accra, Ghana and Lagos, Nigeria and is delivering wholesale broadband capacity across several countries in West Africa today. 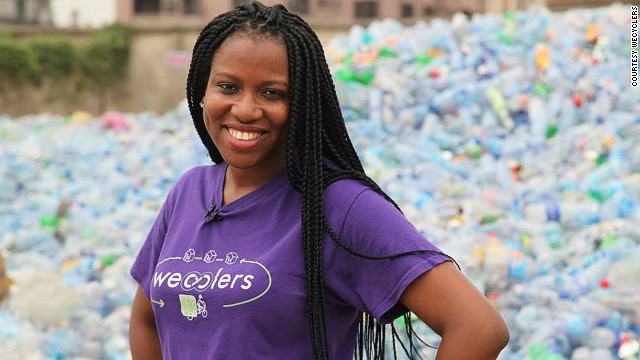 Bilikis Adebiyi-Abiola is the co-founder of WeCyclers. Her company builds and manages a fleet of low-cost cargo-bicycles to collect recyclable waste in slums. She is a 2013 Echoing Green fellow, 2013 Cartier Women’s Initiative Award winner, and 2013 Tech Awards recipient.

Francisca Okeke is a Professor of Physics at the University of Nigeria, Nsukka. She recently received the L’Oreal-UNESCO for Women in Science Award for her significant contributions to the understanding of daily variations of the ion currents in the upper atmosphere which may further our understanding of climate change. She was also the Dean of the faculty of Physical Sciences at her University, from 2008 to 2010.

Nkem Uwaje: She is the Managing Director of Future Software Resources Nigeria Limited. Her company is also winner of the 2012 Etisalat Nigeria Prize for Innovation. Nkem’s company created the iConnect project, focused on making ICT and education more accessible to youths in Nigeria.

Juliet Ehimuan is Google’s Country Manager, a position she assumed since 2011. She started her career at Shell Petroleum Development Company as Performance Monitoring and Quality Assurance Supervisor. She also worked as Program Manager at Microsoft UK for six years, initially managing Strategic Projects for MSN EMEA. She later became Business Process Manager for the MSN Global Sales and Marketing Organization. A Fellow of the Cambridge Commonwealth Society, Ehimuan has bagged many accolades for her outstanding performance in her field.

Adaora is Head of Innovation at A2Creative, a business and brand management company. She has worked on projects across various industries, either as a Project Manager, Content Director, or Brand Manager. Some of these projects include: XFactor Nigeria, The United Nations World Tourism Organization conference, Nigeria Centenary Awards 2014, and many others.

Chika Oduah is an independent multimedia journalist and a writer whose work has been published by The New York Times, The Guardian, The Atlantic, CNN, Al Jazeera, and many others. In one of her most notable works, she successfully highlighted the plight of the Chibok girls and the fragmented community they left behind, giving the sensitive issue the necessary publicity it required. She has also appeared on various TV and radio stations including the BBC. Chika Oduah is the 2014 recipient of the Trust Women Journalist of the Year Award from the Thomson Reuters Foundation and the winner of the 2015 African Story Challenge project by the African Media Initiative.

Evangeline Wiles is the Managing Director of Nigeria’s leading online marketplace Kaymu.com.ng. Born in the states, she came to Nigeria at a time when e-commerce was picking up momentum. Evangeline worked as a strategy consultant at Bain & Company in South Africa. Evangeline has over six years of experience in private equity/venture capital & investment banking in the US with an MBA from the Wharton Business School. Since assumption of office, she has been at the forefront of driving entrepreneurship in Nigeria, with the creation of several SME initiatives for young entrepreneurs. This has led to her appointment as a Lagos Chamber of Commerce and Industry (LCCI) goodwill ambassador for her strides in fostering entrepreneurship through technology.

Kelechi Anyadiegwu is the founder of Zuvaa, an upscale marketplace for African inspired fashion and accessories. Kelechi combined her passion for African print and web design to build an online destination for African Fashion and Design. She was recently featured in the 2016 Forbes 30 under 30 list, in the retail and E-commerce category. 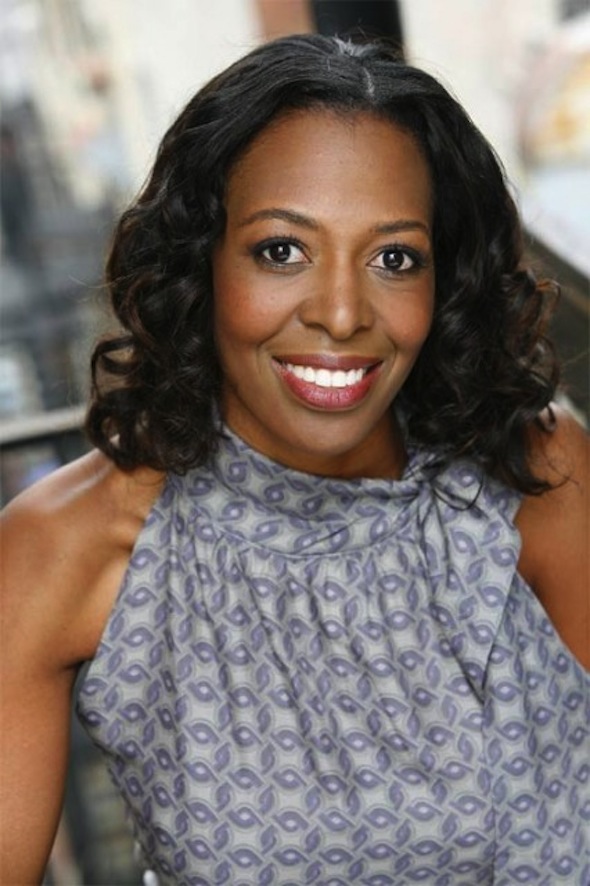 She was the former Managing Director of MNET and she improved content and direction for the television service during her tenure. She is currently a 2014 Yale World fellow and Managing Partner at Biola Alabi Media Consulting, a company that is designed to provide organizations with access to highly qualified professionals in the broadcast, telecommunications, and digital industries. 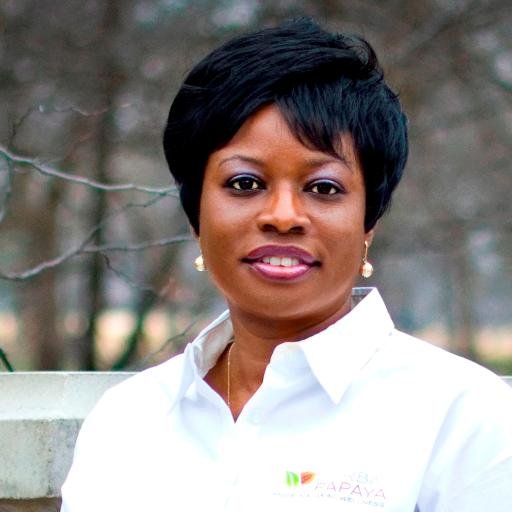 Unoma Okoroafor is the President and founder of Working to Advance Science and Technology Education for African Women, an international non-profit organization founded in 2007. Her passion for tech related matters cannot be ignored. She acts as a visiting professor at the African University of Science and Technology (AUST), Abuja Nigeria teaching courses at the Computer Science department.