Strive Masiyiwa initally worked briefly as a telecoms engineer for the state-owned telephone company, he quit his job and set up his own company named Econet Wireless Group with the equivalent of US$75 (equivalent in dollars). Within 5 years, he emerged as one of the country’s leading industrialists. 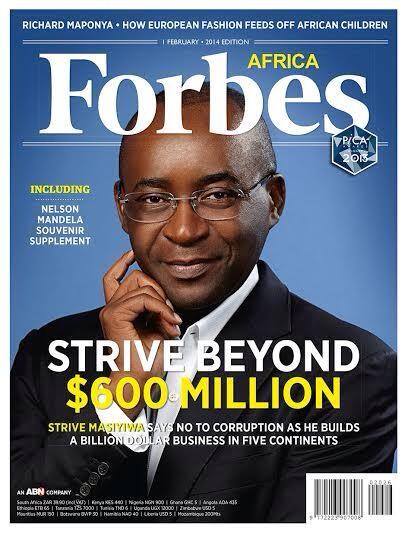 There are no reliable estimates of Masiyiwa’s wealth, because the vast majority of his business investments are held in private businesses. The only publicly known information is that of his listed business in Zimbabwe, the country he left 15 years ago. Based on this, Forbes Magazine estimates put Masiyiwa’s personal wealth at US$600 million. Ventures Africa recently estimated Masiyiwa to be worth over US$1.4 billion.

Why is Strive’s story so strong?

How Strive Masiyiwa transformed a $75 dollar startup into a company generating revenues in excess of US$ 3 billion (2011) is amazing. Here are a few brand lessons from business mogul, Strive Masiyiwa.

Saving can transform your life

Strive Masiyiwa once suggested to about 10 of his coworkers at a pub “Why don’t we start a savings club in which we all pledge to set aside a portion of our salaries?” It seemed a good idea to every one of His friends, even though only two eventually put in any money (including himself). Strive Masiyiwa said that this singular action transformed him into a very serious individual.

Strive Masiyiwa’s company once had a dispute with another company, Masiyiwa then found a document that could totally damage their case; He definitely had the choice whether or not to disclose the document since no one had laid their eyes on it as at the time, but due to the court’s prior orders for both parties to disclose all documents, Masiyiwa submitted the document which could totally damage their case. He said that they stood the risk of losing $15 million if they lose the case; notwithstanding, he stood for integrity. Masiyiwa said “I will rather lose believing God was with me than win knowing He was not”

According to the saying of Reverend Martin Luther King Junior, Strive believes that there is always time to do what is right.

He is an ardent believer in building Brand integrity, He says “The original is always the best and it has brand integrity, you must do your best, and try very hard, to instill in your brand a culture of integrity. This is because, in the final analysis, a brand tends to take on the persona of its founders, and those who manage the business on a day-to-day basis”.

Sales is not the same as Marketing

Marketing differs from sales; Marketing goes beyond advertising and getting people to buy your goods. If you are to run a profitable business, you must understand the importance of marketing. “I learned that to develop a really successful marketing plan meant thinking “big picture” while also doing detailed research.

According to Strive, your marketing plan should at least discuss the basics:

Know what drives the industry

Econet Wireless is launching a new Pay-TV service called ‘Kwesé TV’ within the next few months and Strive understands that in TV business, the product being sold is the content – He understands that such content must be compelling and worth paying for.

Kwesé TV which will be broadcast across 44 African countries must have the ability to accommodate the rich and diverse interests of the company. Like Econet Wireless, Knowing exactly what drives the industry is an important strategy a brand must be well aware of.

In His own words “I will not launch a business, where there are existing competitors, unless I can identify at least five “insights”; you might call them “game changers.” I must then hold these insights closely to my chest like a good chess player. If the game intensifies, I must be able to generate at least five more in “quick fire”! Getting the desired insights requires a great deal of study, research and meditation

What’s the essence of wealth if you don’t affect your generation?

Strive Masiyiwa has impacted the lives of thousands of people due to his generosity and has won numerous accolades and gained international recognition for his philanthropic activities. He is considered one of Africa’s most generous humanitarians. Masiyiwa has used his wealth to provide scholarships to over 100,000 young Africans over the past 20 years through his family foundation. He supports over 40,000 orphans with educational initiatives, as well as sponsoring students at universities in various continents.

2 thoughts on “From $75 to $3 billion: How a Zimbabwean engineer built a global empire”