A beautiful girl is born

Fanny Crosby was born in the little village of Southeast, in New York, on March 24, 1820. Her parents were poor but they came from sturdy New England ancestry. One of the ancestors was among the founders of Harvard University and several were graduates of that institution.

Shortly after her birth, Fanny’s father died. When Fanny was six weeks old her eyes became inflamed and blindness resulted when a quack doctor treated them with poultices which were too strong.

Her godly old grandmother lived with the family and took care of little Fanny. She held the child on her knees and told her stories of the beautiful world which she would never see. During those few years the grandmother was able to saturate the soul of the little songster with descriptions of colorful things which covered the world.

Together they listened to the melodies of the birds until Fanny was able to distinguish each bird by its song. She was quick to recognize new songs from unfamiliar birds. All the beauties of nature were minutely recorded in the sensitive mind of the child. She stored lovely visions of the fleeting clouds, the star-studded heavens, and glorious sunsets, as depicted in word pictures by her grandmother. Together they walked through the woods and the fields gathering arm-loads of flowers.

What Fanny lacked in physical vision she made up for in mental alertness and spiritual insight. Her sunny disposition made every night day, and colored every ugly situation with beauty.

“Blindness,” she wrote in later life, “cannot keep the sunlight of hope from the trusting soul. One of the easiest resolves that I formed in my young and joyous heart was to leave all care to yesterday and to believe that the morning would bring forth its own peculiar joy.”

The origin of her strong values

When Fanny was a little girl her mother gave her a lamb. Fanny and the little lamb spent many happy hours together. One day the lamb was missing. However, the fate of the little beast became clear when a luscious lamb roast was served for dinner. Fanny would not eat the meat.

Turning to the rose garden for comfort, she walked through the flowers picking them at will. She was allowed to pick roses from all the bushes except one which bore white roses. One day a friend asked for a white rose, and Fanny picked one for her. When asked if she had taken it she replied, “No.” However, an aunt had seen her take the rose, so she read the story of Ananias and Sapphira to her. The lesson made an indelible impression upon Fanny’s mind.

…and then came poems!

Since the child could not read the Bible the wise old grandmother encouraged her to memorize parts of it. The many wonderful passages which she memorized later became a wonderful aid in composing Gospel hymns. She learned many of the Psalms, the Proverbs, the book of Ruth, and much of the New Testament. She knew the Old Testament stories in detail. At the age of eight years she wrote her first poem:

Oh what a happy soul am I!
Although I cannot see,
I am resolved that in this world
Contented I will be.

How many blessings I enjoy
That other people don’t;
To weep and sigh because I’m blind
I cannot nor I won’t.

She loved the musical tinkle and rhyme of poetry. Her mother told her that Milton, one of the world’s finest poets, had also been blind. And as her mother read Milton’s poems to her, she memorized them.

Fanny’s wish was to be able to read for herself. Her prayer was answered when she was permitted to go to the New York Institute for the Blind. At first strange things bothered her, but she soon became accustomed to her surroundings. She enjoyed the students’ friendship and her sunny disposition made her popular with them.

Dr. Russ, her first teacher, greatly encouraged her to develop her poetic talents by pointing out that Milton, Homer, Assian and other great poets were blind.

Many famous figures visited the Institute. William Cullen Bryant, Horace Greely and President Polk were among those who addressed the student body. A young man named Grover Cleveland served as assistant to the superintendent. Fanny was happy when her old friend later became president of the United States.

An epidemic of cholera broke out in the city, and many students died. Fanny felt the symptoms coming upon her. Telling no one, she took the prescribed remedies and prayed that God would deliver her. The following morning she was totally well. The Heavenly Father saved her for the marvelous work which lay ahead.

After her graduation Fanny was appointed as a teacher at the Institute, a position which she held for eleven years. Her efforts at writing poetry were greatly encouraged when William Cullen Bryant, upon reading her poems, praised them highly.

In 1844, at the age of twenty-four, she was asked to give a poetical address before Congress and in her audience were such men as John Quincy Adams, Andrew Johnson, Stephen Douglas, Rufus Choate, Jefferson Davis and others of note. When Henry Clay’s son was killed in battle in 1847 she composed a poem of sympathy for the famous father. She enjoyed a long friendship with Grover Cleveland, who when she was sixteen copied her poems for her.

They gained national fame when they gave America her first cantata entitled The Flower Queen.

When she was thirty-eight years old she married a brilliant blind scholar named Van Alstyle, with whom she lived happily until his death in 1902. Her husband, who was a teacher at the Institute, was a congenial man and together they spent forty-four years of happy wedded life.

Her musical career was greatly influenced when in 1864 she met the composer, William Bradbury. He at once insisted that Fanny write poems for his melodies.

How She became a Christian

Though she had always been a religious person, it was not until Fanny was thirty-one that she was definitely converted. One night she dreamed that a friend died and asked to meet her in heaven. The next day she was surprised to learn that the girl was in perfect health. The dream made a deep impression upon her and prompted much serious thought. Sometime later when she was singing the lines, “Here, Lord I give myself away,” she consecrated her heart and soul to the Lord. She joined the Old John Street Methodist Church, America’s first Methodist Church. After her conversion there was a marked increase in the spiritual depth and fervor of her poetry.

Fanny had a marvelous memory which enabled her to accomplish great things. On one occasion she was asked to write forty poems. She thought each poem out carefully and when they were all finished she wrote them on paper.

Mrs. Joseph Knapp once visited Fanny and played a melody for her. When she asked Fanny to compose words to suit the tune, this grand old hymn was born:

Blessed Assurance, Jesus is mine!
Oh, what a foretaste of glory divine!
Heir of salvation, purchase of God,
Born of the Spirit, washed in the blood. 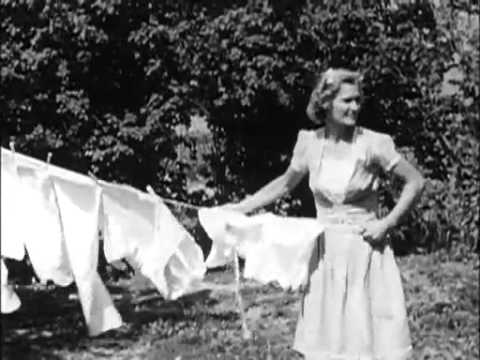 God granted Fanny a long and blessed life in which to devote her talents to the Master’s use. She died on February 11, 1915, at the age of ninety-four years. She lay back and was gently carried.

In total Fanny Crosby, the blind song writer, had the glorious privilege of writing over eight thousand hymns, many of which are being sung all over the world today.

Rather than making your disability or challenge in life your limitation, why not transform it into a blessing just like Fanny Crosby?

Disability does not have to become limitation, it can become levitation. Quit giving excuses for your failure, after all, failure is an event and not a person. Quit pitying yourself and rise up to the occasion, which is your life. You are not a failure until you find someone to blame and success becomes yours only when you take 100% responsibility for your life. Don’t agonize, instead organize. If Fanny Crosby could overcome blindness to leave a legacy, so can you. Impossible is nothing.